When Romance is Traumatic #Romance 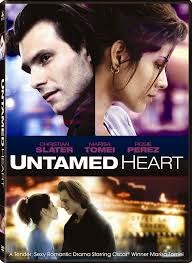 Eons ago (back in high school) my friend Jane and I went to see Untamed Heart with Marissa Tomei and Christian Slater. Since the movie is virtually ancient, I’ll let you know that Christian had a heart defect (he called it a baboon heart) which could no longer sustain his life. They fell in love and then he died. After all these years I still recall the conversation my friend Jane and I had.

Me (gushing): That was such a good movie. So romantic.

Jane (jaded): But he died. Now she’s going to have to go through life knowing that she once had love and now it’s gone (said with arms akimbo).

Me (disappointed in myself for not having thought of that aspect, yet still a pseudo optimist): Oh. But she found love and enjoyed it while she had it. Some people never experience that kind of intense love.

Jane (not convinced and looking at me askance): But he died.

In my book LoveThrough Time, the grandmother – who’s a hoot by the way- says something similar to Jasmine, the heroine. I chanelled the long ago conversation I once had with Jane to write the scene. In my humble opinion, I believe it’s better to love someone for a short time than not at all.
Of course loving them for a long time would be way better.

I also wanted to add the lyrics to Garth Brooks song The Dance to the novel, but it would’ve been a tiny bit of overkill.

Here is the song for your listening pleasure.