Prah, Constantine and Baryeh Review: Meant to Be (Sweetbriar Cove #1) by Melody Grace 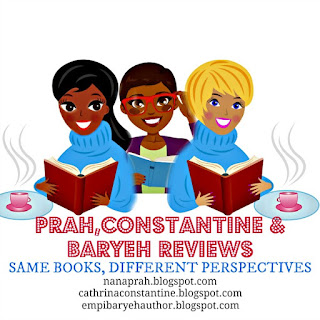 Happy Autumn everyone. May the season be filled with awesome reads. Remeber to hop on over to Constantine and Baryeh's blogs to see what they thought about the book. 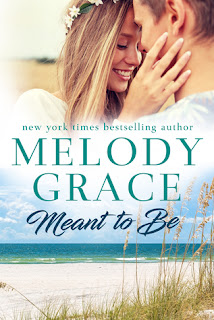 Poppy Somerville believes in happily-ever-after. It’s the reason her romance novels have won devoted readers all over the world—and why she’s broken off her engagement just weeks before the wedding instead of settling for less than true love. Escaping to her aunt’s beach cottage in Sweetbriar Cove, Poppy is looking for inspiration to end her writer’s block and finish her new book. She just wasn’t counting on the handsome, gruff contractor making such a racket next door…

Cooper Nicholson doesn’t believe in soul-mates. He thought he’d found his forever once, and the world proved him wrong, so when the cute brunette comes storming over and demands he keep the noise down, romance is the last thing on his mind. But his new neighbor is full of surprises, and soon, their chemistry is too hot to ignore.

As they grow closer, they discover fiction has nothing on the plot twists life has in store. But will Cooper find a way to let go of the past and risk his heart again? And can Poppy find her happy ending — on and off the page?

My Review
The romance was set in a picturesque tourist town that sounded like an amazing place to be.
I liked the concept of the heroine being a successful romance novelist. I was also happy that she found the courage to break off her engagement before the wedding day. I wasn’t so crazy about the fact that it took her so long to do it when she’d been feeling antsy about the engagement for a while. I didn’t appreciate that it took her no time to get over it. I felt really bad for her jilted ex, even though she’d made the right decision to leave him.

Cooper was an interesting character. I liked his determination to finish his construction project and the passion he had for restoring houses. I didn’t care for his immature way of treating Poppy when things got too heavy between them.

I got into the book quickly, but found that things slowed down. I kept wondering what was keeping the hero and heroine apart. I didn’t find the conflict compelling enough to drive the story along.

I give this book three out of five hammer shaped chocolate bars.