I have difficulty resisting a cover with a cupcake on it. And the concept of a sensual bakery peaked my interest (a lot). Plus it's free during the tour.

More great news, Colleen will be awarding a $25 Amazon or B/N GC to a randomly drawn winner via rafflecopter during the tour, and the author will be awarding all hosts free copies of her starter library which includes a full length novel, two novellas and an exclusive audio book. 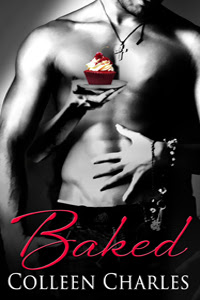 The first time I saw Gabe in my sensual cupcake bakery, I had no idea who he was. All I knew was chiseled perfection like him could never really want a girl like me. That didn't stop me from craving and lusting after everything I could never have. Success.
Gabe.

And I was trapped in a twisted frenemy relationship with my douche bag ex fiancee. I never would have dreamed who Gabe really was, what he wanted and why he wanted it.

My f*cked up family taught me a lot. Take rather than give. Anything. Everything.

Ally made me feel clean. Whole. I'd do anything to have her and even more to keep her. In spite of my past but more importantly ... because of it.

I took her tenuous control and worshiped her killer curves. I never suspected she'd steal my heart.

Blackness and strange noises rang through the gloom. What was this? I floated through it, as though I didn’t have a body, couldn’t feel any sensations. I was pretty sure I’d died, but heaven was black and smoky. Or had I gone to hell?

Then, there were voices, strange tones which skipped and repeated.

“Miss?” A gravelly voice, deep and comforting pierced the despotic darkness. “Can you hear me?”

Strong arms enveloped me, lifting me from the floor. I cracked an eyelid and slammed it shut again immediately. The smoke remained thick and the burning was so bad I couldn’t see through the moisture pooling in my eyes, the flood of tears protecting them. The crackle of fire returned in a rush and my body turned rigid in response.

“It’s okay. I’ve got you,” he murmured, and folded me closer to his hard chest. Safe. I felt safe in his arms. He took measured steps. “Is there anyone else in here? Anyone who needs help.”

I shook my head as a bout of coughing took over any ability to speak. Shouts rang out, men rushed by, disturbing the smoke, creating a whirlwind of warm air which brushed the sweaty strands of hair clinging to my forehead. It felt like a film of smoke and perspiration had encased my entire body.

“What?” he asked. He had to be a fireman. Fresh air now. Or, was it him? He had the most amazing smell. I couldn’t open my eyes, could hardly breathe, but the scent of some woodsy cologne — Gucci? — permeated my nostrils through the haze of soot that lingered there.

“Codsworth,” I repeated. “My cat. He’s upstairs.” I clutched his arm with all my remaining strength. “Please …”

“Don’t worry,” he replied. “I’ll get him for you.” He quickened his pace and I clung to him with arms like noodles, resting my head against the fire retardant suit. He was as hard as a rock and for some reason, I felt like everything would be okay as he took charge.

The air grew clearer; there was a rush of wind and sound. Sirens blared, people chattered.

“Oh my God, can you believe it,” a woman said nearby.

“It doesn’t look too bad.” That was a man’s voice. Spectators probably, but my eyes were too scratchy to open yet and I didn’t even want to try.

“Here, take her,” the firefighter carrying me said, his deep voice raspier with the smoke. Then he placed me on a bed, a stretcher. Fingers brushed my ear, and the heat of his breath penetrated. “I’ll come back after I’ve found Codsworth. You’re safe now,” he promised, all calm confidence.

My skin erupted in tingles as gooseflesh spread across my skin. I forced my eyes open, staring through the blur of tears, but he was already gone.

“You’re fine now, just relax.” A woman in a paramedic outfit appeared beside me and placed an oxygen mask on my face.

I frowned at her, my eyes had cleared pretty fast, though my chest still felt croaky. My limbs were floppy too. None of it mattered compared to losing the bakery. Or Codsworth.

I tried to pull the mask off, but she stopped me.

“No, you rest now. There’ll be enough time for talking later.” The medic lifted a flashlight and checked one eye then the other. “Looks okay there.”

I let her carry on with her protocol, but I felt stronger by the minute. I’d inhaled a bit of smoke. I’d not been burned to a crisp. The blessed oxygen flooded my lungs, clearing my mind and body. But still, I was exhausted. To the bone. 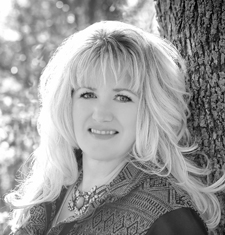 Colleen Charles is the pen name of Tami Stark, #1 Bestselling Author on Amazon.

Colleen Charles held a leadership position for a fortune 500 company for 26 years while writing suspenseful romance by night. Thrilled that she's now able to write full time, she can't wait to spend more time connecting with her readers. She’s also a certified life coach and a Reiki Master. She loves reading and writing stories that entertain and sweep women away from their everyday life. Colleen has shown and bred Arabian horses for over 30 years and lives in the Midwest with her human and furry families. In her spare time, she enjoys volunteering for underprivileged girls and homeless pets.

Baked is FREE on Kindle or Nook during the tour.