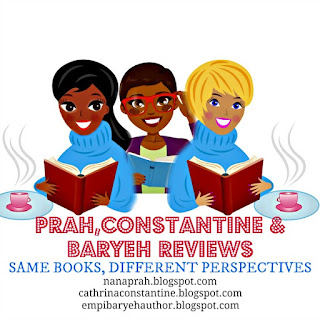 In September we held a competition by having authors post their books on our FB event page so we could choose one for this month’s review. With all of the great books posted, it was a hard choice.

And the winner is: 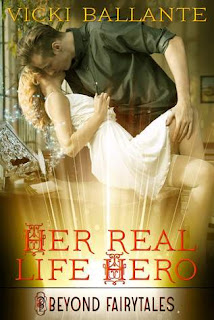 The Blurb
Joanie wants to get her romances published but can't seem to get things right with her writing. She buys an antique bureau which the shopkeeper says has magic working through it. While using her new bureau, she begins to talk to the hero in her book, asking his advice on writing, all the while thinking it's her own imagination. She promises he can live in her home, eat at her table and sleep in her bed, if he helps her with her writing. She doesn't think he will actually knock on her door and insist she keep her promise.

He’s made a wish…

Theo has also bought a magic chest of drawers that brings him into Joanie's life. He wants to settle down with one woman, tired of shallow relationships, and Joanie seems like the perfect candidate if it weren’t for her insistence on getting rid of him.

The magic keeps on forcing them to live together and Joanie’s not happy. This is her first year alone and she’s been craving time to herself after looking after her younger siblings and an ailing aunt. Theo’s presence in her home, although unwanted, stirs up needs she’s suppressed for years. When they start to discover things about the magic and why it’s bringing them together, will Joanie recognize another type of magic at work? Will she succumb to the charm of Theo or will her need for breathing space pull them apart?

My Review
Who wouldn’t want one of their characters to come to real life? Especially if he’s buff, successful, intelligent, handsome, and has gorgeous green eyes. Theo is all of that and more, he’s a man looking for a committed relationship and has the opportunity to find it through magic.

To be honest, as independent and spunky as Joanie was, she cried just a little too much for my liking. Those who live on the more sensitive side of life may be able to relate. I liked that she made a decision and stuck to it, making Theo work for what they both needed in the end.

A lovely story I wish would happen in real life.

I give this novel four out five book desk shaped chocolate bars.

If you have a moment, head on over to see what Constantine and Baryeh thought of the book.
Posted by Nana Prah at 05:00