The Legend of Eve by Toni Edge - Spotlight and #Giveaway 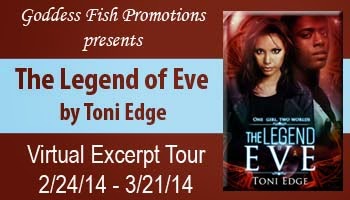 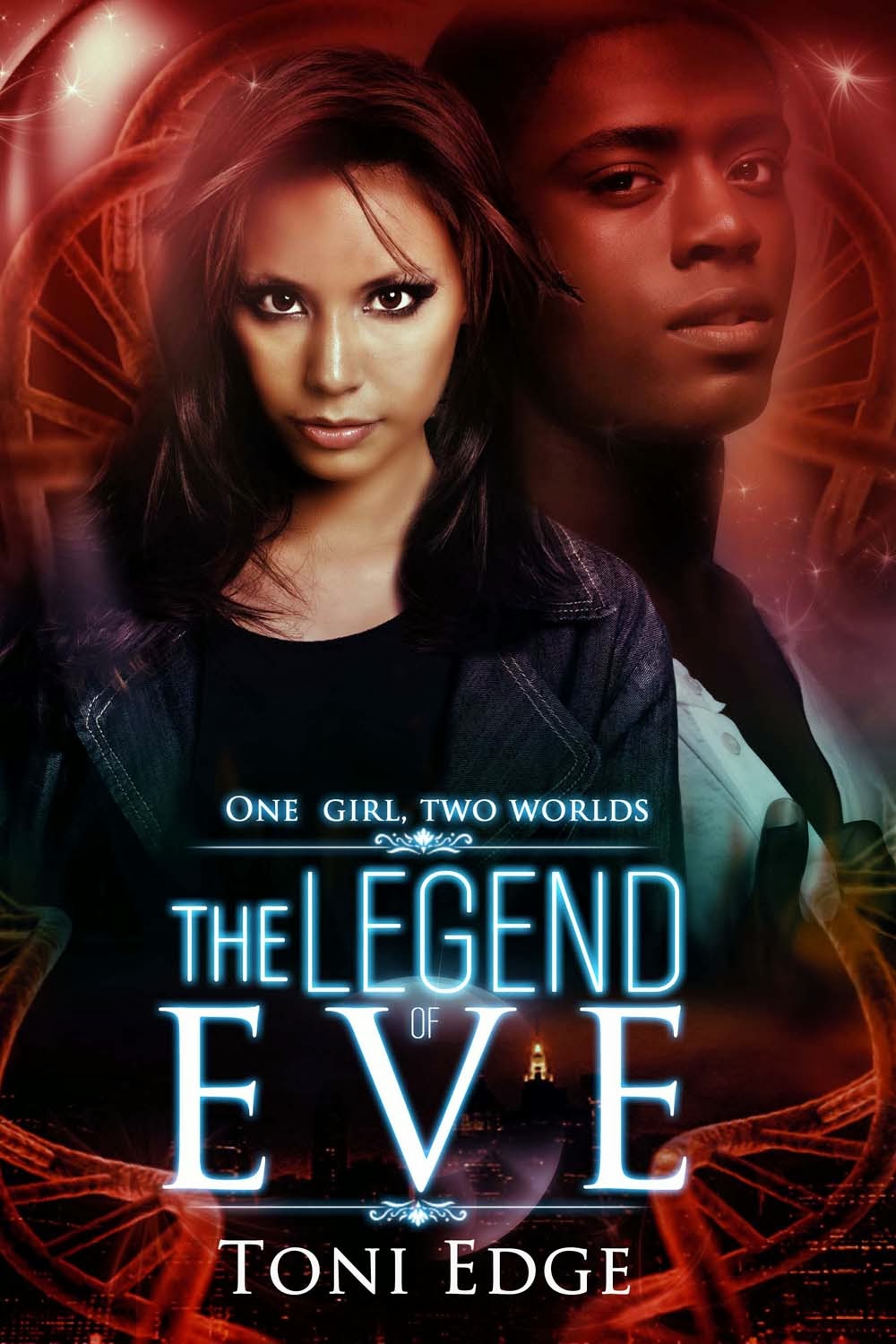 As Adam tries to convince Eve he wants her and not just her DNA, Eve discovers a hidden world of interstellar traders, human "genetic cows," and teen abductions by a government that will do anything to control the Teluosians on Earth.

When Eve's mom is kidnapped, loyalties are tested. Is Eve Adam's true love or his next "genetic cow?"

Droolworthy. I secretly classified this word for empty-headed girls who were more apt to get pregnant than get an education. As of this moment, I was apologizing to those girls.

I was looking at a purple polo shirt, stretched across a muscular chest. Who knew a guy could wear purple and still look so much like a…guy. His chest was so big the polo player looked like he was on a hill. The little white buttons fell neatly into the valley between his pecs and the bottom of the shirt clung to ripped abs.

He pulled his foot back and swore. “Look what you did.”

I should have said I was sorry. I wanted to say I was sorry, but my eyes were still taking him in. Weren’t boys supposed to look skinny in skinny jeans? How did he even get into those black pants? The muscles in his thighs moved as he turned his leg to examine his ruined sneaker.

When the swearing stopped and his muscles were no longer giving me a free show on how they functioned, I knew I had been caught staring. If I’m going to be accused of the crime, I should at least be guilty.

Okay, it wasn’t the best rationale I’d ever given myself to ogle a boy, but this was no
ordinary boy. This was Prince Charming’s mocha son. I memorized everything about him, like kids remembered everything about their first bully. He had strong legs, good fashion sense, an amazing body and brown brooding eyes that screamed “a bad boy lives here.”

“You wanted me?” As soon as the words left my mouth I wanted to pull them back. His focus changed from his sneaker to me.

“I don’t know, you seem dangerous.” 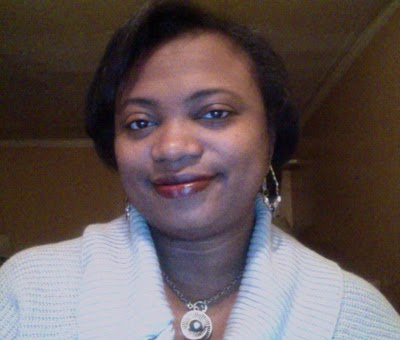 Toni Edge is a former juvenile delinquent and honorary member of the truancy club. Now, she likes to teach teens who remind her of herself. She also likes to read everything, a habit she picked up during her truancy days. For all the rest of her free time she likes to write young adult paranormal/science fiction stories that would have made her teen years so much clearer, if the stories had been true.

Remember to follow the tour and comment. The more you comment, the better your chances of winning. The tour dates can be found here: http://goddessfishpromotions.blogspot.com/2014/01/virtual-excerpt-tour-legend-of-eve-by.html
a Rafflecopter giveaway