Spotlight: A Lifetime for Revenge by Natalie G. Owens 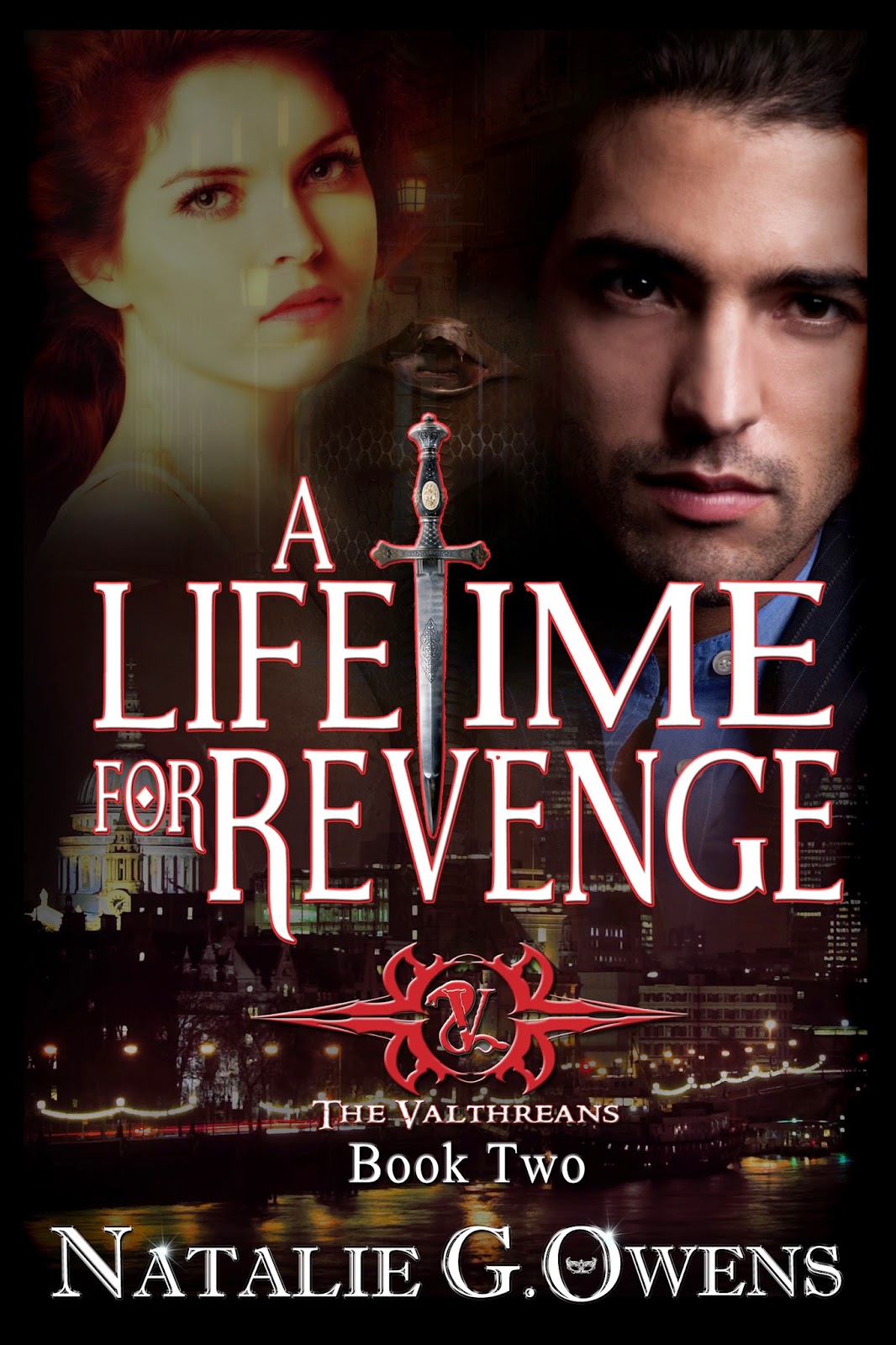 Keeping it simple doesn’t always work out so well…

After exacting his longed-for revenge, Massimiliano “Max” Damiani’s life is about to get more complicated when he is sent by the Valthrean Council to investigate the mysterious death of one of their Councilmen. Duty-bound to protect the victim's daughter and her young brother, the stakes are upped as Max and those around him become targets of a dangerous enemy. The Cult is closing in, threatening the future of their kind.

Fate is a cruel mistress…
Piper Ingram’s existence is thrust into turbulent waters. Her father has been murdered in cold blood and she is now sole guardian to her little brother, Charlie. After years of helping others come to terms with their problems and move on to better lives in a domestic violence shelter, she now needs help protecting herself and her kin.

Salvation comes when we face our deepest fears…

Max values his independence above anything. Meanwhile, this case brings him more trouble than he's bargained for, pushing his limits, and testing his fear of commitment. While striving to keep his personal demons at bay and holding on to his set ways, he fights his attraction to Piper, but he fast learns some things are not within his control. Will he save those entrusted in his care this time? And most importantly, will he finally find redemption ... and love? 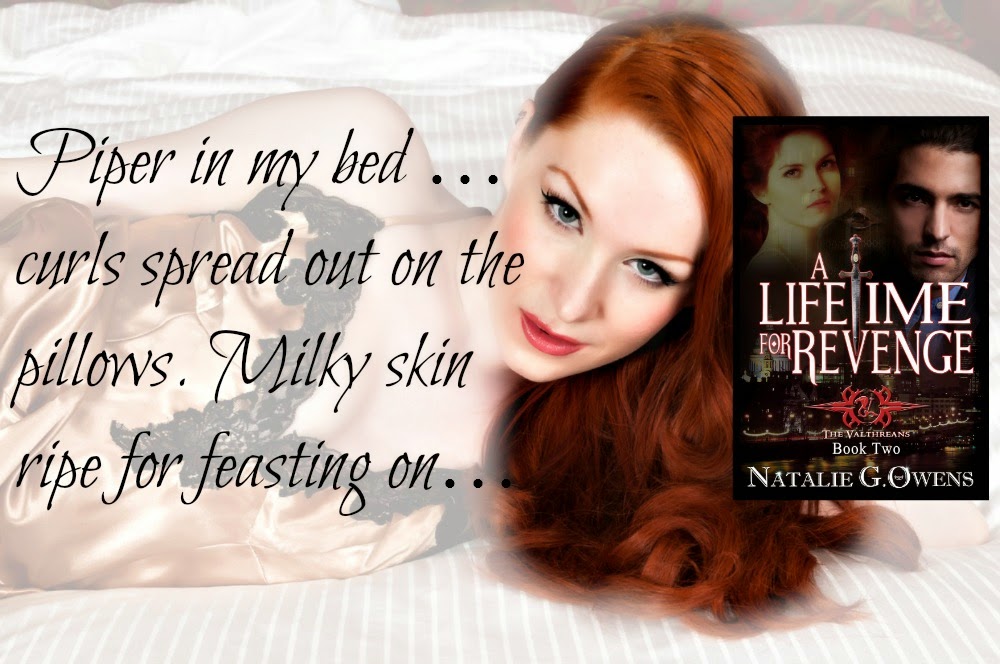 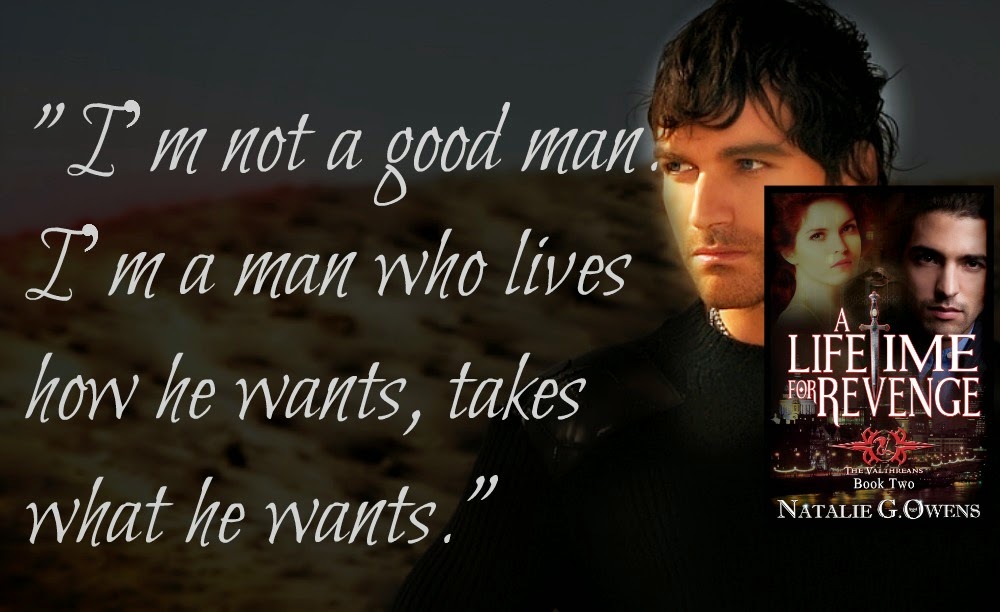 Excerpt
“Would you like some tea or coffee? I have chamomile if you like,” he said, clutching at a straw to keep the air around them from turning into an overinflated, strangulating monster.
He felt her smile.
“That would be nice, thank you.”
He stood. “I need to see…”
“Go ahead. Pretty weird to keep sitting here in the dark, isn’t it?”
No, not weird, for I am in no mood to see your face in the light. I have no space for you, Piper, so let’s do what we have to do and move on. Hell, I never even have women in my bed, in my home. This is my space. I go to theirs.
That train of thought proved a mistake, because it took him where he didn’t want to be.
Piper in my bed … curls spread out on the pillows. Milky skin ripe for feasting on…
Max, you’re a jerk. That, he wouldn’t deny.  His lips curled up in a smirk. He switched on the pendant lights over the kitchen counter and went straight for the kettle, making sure she didn’t see his face.
An arse he may be, but he wouldn’t deliberately offend her. Making tea kept him busy for a few minutes. All he could see was the back of her head—the magnificent, thick mass of curls that fell down to the middle of her back. She’d tied them loosely with a band but some strands had escaped the pony tail to fall forward over her face.
So time went on, during which he found himself tamping down a physical impulse to touch that hair, to run his fingers through it slowly, testing every strand; and then to feel the softness of her skin, trail kisses down the delicate curve of her neck, trace the feminine lines of her slender form on a path to discovery…
Does she even know how dazzling she is?

About The Author, Natalie G. Owens:

Pink velvet and black lace. Light and darkness. A world of contrasts exists in Natalie’s stories because every rose has its thorn. Her favourite stories to write are romances with a dark edge featuring brooding heroes, strong heroines, an intriguing mystery, and a good dash of fantasy.

Married, with one son, she now calls the beautiful  home after eleven good years in  As a professional editor and author, her days are always busy, but when she’s not working—or muttering to herself about her book plots like a batty old maid—she enjoys spending time with family and friends (both online and offline), sipping on a good shiraz, reading, cooking and entertaining, watching a good movie, travelling, and ogling shoe store displays. Most of all, she loves to meet and communicate with other authors and readers.

Find out more about Natalie’s latest news and works in her monthly newsletter – http://eepurl.com/povjf