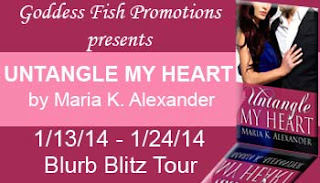 Maria Alexander is on tour with  Untangle My Heart. She will be awarding a $10 Amazon GC to a randomly drawn commenter during the tour. 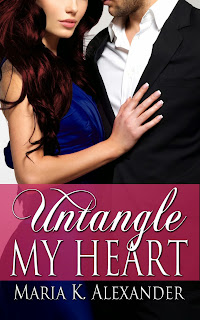 When her marriage ended in tragedy, Kate DiFrancesco rebuilt her life, but has never gotten over the pain of what she lost. Seeking the help of an ex-lover ignites feelings she’s promised never to have again. She’ll need to untangle herself from dangers in her past in order to break the hard shell around her heart.

Edward Weston has a lot to prove, both to his stuffy upper-crust British family, and to  himself. Working alongside Kate, a woman he had a casual relationship with, stirs unexpected feelings. Helping her family makes him realize what he's missing. For the first time, he wants more than a one-night stand.

When Kate is threatened, Edward must overcome feeling unworthy to protect the woman he loves and fight for the family he never thought he’d have.

Edward raised an eyebrow toward her. “Are you sure you’re up for sledding?” he asked, with a glance down at her black high-heeled boots.

She shot him a challenging look. “Only if we race against you.”

“Lucas and I against you. Loser buys dinner.”

He studied her, almost as though he were weighing how he could turn this contest in his favor. Then he turned to Lucas. “Why don’t you grab two sleds, sport, while I negotiate with Kate?”

Lucas nodded and ran off.

Edward hooked his fingers in her jacket pockets and pulled her closer. “How about if I win, you go on a date with me?”

“Very well. You can explain to Lucas why we’re not racing.”

“I can’t do that. Just look at how excited he is.” She nodded over to where Lucas stood waiting for available sleds, jumping up and down and an enthusiastic grin on his face.

“My sled, my rules, or are you afraid you’ll lose?”

He struck a nerve and he knew it. She couldn’t back down from the challenge. Besides, she’d been rethinking the whole not-dating thing and almost convinced herself she was being ridiculous for fighting their attraction. So no matter what happened, she’d figured she’d win.

She met the challenge of his gaze. “One date—and don’t expect sex.”

He attempted to look shocked, but one side of his mouth twitched. “Certainly not.”

“Fine. Be prepared to lose.” 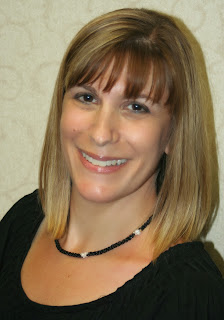 A romantic at heart, Maria K. Alexander spent hours as a young girl getting lost in and wishing to be one of the heroines in the stories she read. Books gave her the ability to go to another world where she loved meeting new characters, learning about their problems, and watching them fall in love.

Maria blogs and shares her writing journey with her critique partners at: http://thevioletfemmes.com

When not writing, Maria loves to read, bake, downhill ski, visit the beach, and watch romantic comedies. Maria lives in New Jersey with her husband and children, and writes in her “spare” time between juggling a full-time job and her kids’ busy schedules.

You can keep in touch with her at: http://mariakalexander.com